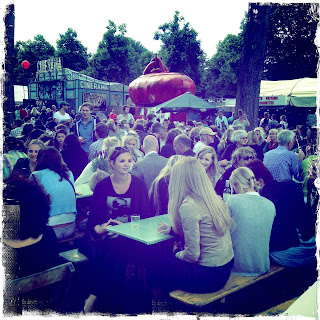 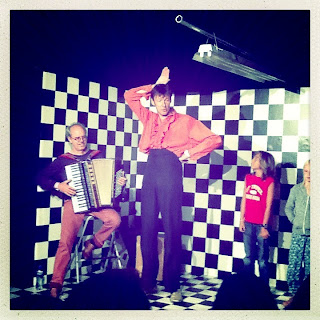 De Parade is a theatre festival which tours each summer in the Dutch Randstad (Rotterdam, Den Haag, Utrecht, Amsterdam).

It's the kind of festival you want to go to in summer.

It looks like a fancy fair, all set up with well designed, funky looking bars, food stalls, tents and stages.

There's a laid back, festive, semi-cultural vibe, but at the seem time, it also feels pretty popular and commercial as well. 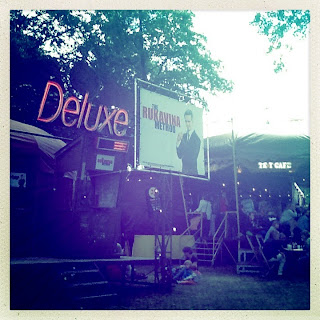 Overall, it's "gezellig"! There's cool people, older people, your parents could be here, there's very good food, good wine (by the Grape Fruit District), and there are some cool shows as well... but you need to find them. So read the online reviews about the theatre shows before you go.

Most shows take about 30-40 minutes, so you can see several performances in one evening. 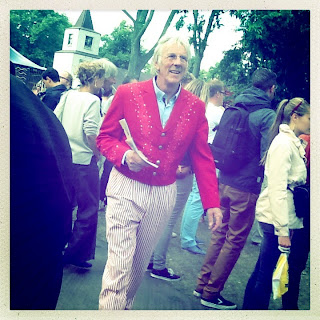 What we didn't enjoy was Pennie De Jager's show called Sash!
It felt like a high school recital, a bad one.

Good food:
- Sticky fingers
- The restaurant in the tent that looks like a church. Try the pork! 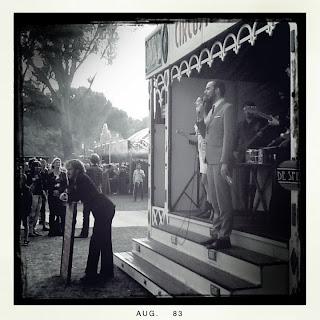 Don't be afraid to bring kids along, there are some kid shows as well. And the magical feel of the festival will definately appeal to them.

The festival is easy to find on the left bank of the river Amstel, in the Martin Luther King park in the Rivierenbuurt. It's across the Waternet tower. 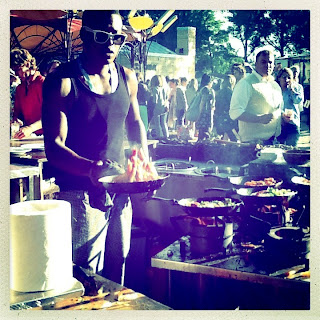 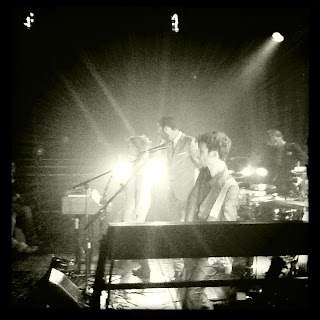